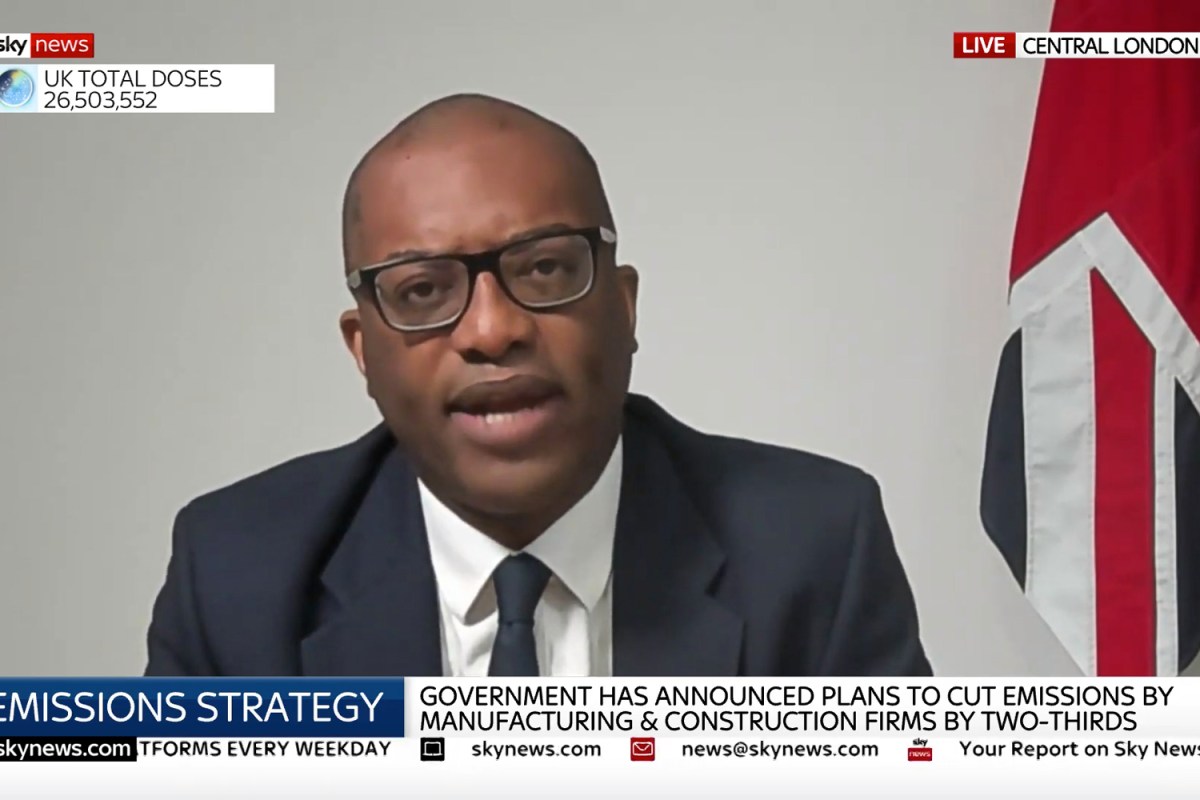 BRITS will be back at the pub in just two weeks because “encouraging” data on the fight against the pandemic means Boris Johnson’s roadmap is right on track, a Cabinet minister said today.

Business secretary Kwasi Kwarteng said there’s “no reason to think” the next stage of unlocking, which will see bars and restaurants allowed to serve punters outside again, won’t go ahead as planned on April 12.

🦠 Read our coronavirus live blog for the latest news & updates…

And he predicted the great freeing up of the country, thanks to our soaring vaccine rollout, will lead to a boom in economic recovery as people head back out to high streets and offices.

He compared the UK’s current situation – with cases, hospitalisations, and deaths all plummeting – to the situation in Europe where the bungled vaccines drive has paved the way for a devastating third wave.

Mr Kwarteng said: “The most important thing, the quickest route towards economic recovery is really vaccine rollout and making sure we hit those milestones on the roadmap.

“So we’ve got April 12 coming up, we’ve got May 17, and then by June 21 we want to be in a position where we can essentially go back to normal, the restrictions will be eased.

“We’re very focussed on that and the way to get there not only through vaccine rollout, but also looking at the data, and the data that we’ve seen is quite encouraging.

“The numbers of deaths thankfully has gone down quite considerably, the hospitalisation rate is also going down, and the infection rate is going down/

“And so we’re looking at all those metrics, all that data, and we’re trying to stick as closely as we can to the dates in the roadmap.”

He added: “As far as I can see, as far as the PM can see in the data that we’re looking at, there’s no reason to think we can’t hit those dates.

“If we succeed in hitting those dates there’s no doubt to me that economic recovery is really possible because shops will be open, people will be going back to normal life.

“Economic activity in this country will resume, and there’s every prospect 2021 will be a much more successful prosperous year than 2020 was.”

Mr Kwarteng suggested the Government is looking at growth boosting measures to get people back into high streets, such as a “Shop Out to Help Out” scheme modelled on last year’s successful “Eat Out to Help Out” for restaurants.

Ministers and business chiefs are worried a year of the pandemic may have permanently changed people’s habits towards online shopping, meaning traditional high streets will struggle to recover.

But the business secretary insisted the main key to sparking an economic recovery will simply be getting venues open again as quickly as possible.

He said: “We’re always looking at policies and ways we can generate the economy and drive growth.

“Our Focus at the moment is really to deal with the pandemic. Yes it is true that the numbers are going down, but as we’ve seen in Europe there’s a third wave there.

“There are all sorts of risks out there we have to be robust against. We want to drive down those numbers and we want to gradually open up the economy and that’s really where our focus is at the moment.”

And yesterday Boris Johnson declared: “In just a few days’ time, I’m finally going to be able to go to the barbers.

“But more important than that, I’m going to be able to go down the street and cautiously, but irreversibly, I’m going to drink a pint of beer in the pub.

“And as things stand, I can see absolutely nothing in the data to dissuade me from continuing along our roadmap to freedom, unlocking our economy and getting back to the life we love.”

The remarks come after England took its first major step out of the three-month lockdown yesterday, with a heavy focus on allowing outdoor activities again.

Now up to six people, or two different households, can meet up outside including in private gardens, and the Government’s “stay at home” message has been formally dropped.

People are also now allowed to travel across the country to see friends and family, but, they must only meet up in the open air and overnight stays are still banned.

And outdoor sports and leisure facilities like swimming pools, golf courses, and football pitches are also open once more with Covid-secure measures in place.

The next planned step in the PM’s roadmap to freedom is April 12, when pubs and restaurants will be allowed to serve outdoors and hairdressers will be able to reopen.

Then on May 17 hospitality settings will be allowed to welcome back indoors customers and overnight stays between two separate households will be allowed, respecting the rule of six.

Finally on June 21 it is planned for all restrictions to be lifted on mixing and venues that have had to stay shut throughout lockdown, like nightclubs, are also set to reopen.

The independent Office for Budget Responsibility has predicted a far stronger economic bounce back than expected, with unemployment peaking lower than predicted thanks to the vaccine rollout.

It reckons the economy will return to its pre-crisis size by the middle of next year – six months earlier than previously forecast – and that GDP growth next year will be the highest since 1941.

But now Boris is being urged to lift the lockdown faster still and allow foreign holidays, with infections and deaths in the UK yesterday hitting a six-month low.

Harry is ‘trying to keep up’ with Meg with new gigs, celeb agent claims

Tricky’s daughter, 24, found dead after she thought people laughed at her at gig

Boris Johnson warns there WILL be more deaths as lockdown eases

Steve Baker, deputy chairman of the 70-strong Covid Recovery Group of Tory MPs, told the Mail: “Ministers’ monomaniacal focus on Covid cases is leaving us stuck with these roadmap dates, despite the fact that the vaccine has clearly broken the link between cases, hospitalisations and deaths.

“It is fiendishly frustrating when so many people are suffering so greatly from the restrictions.”

And Itsu food chain founder Julian Metcalfe added: “All the Government can do is promise the country they’ll stick to the data and the facts, and the facts say there is a lot to celebrate with the vaccine and the numbers, which are absolutely plummeting.

“Every week makes an enormous difference to us and everybody on the high street.”