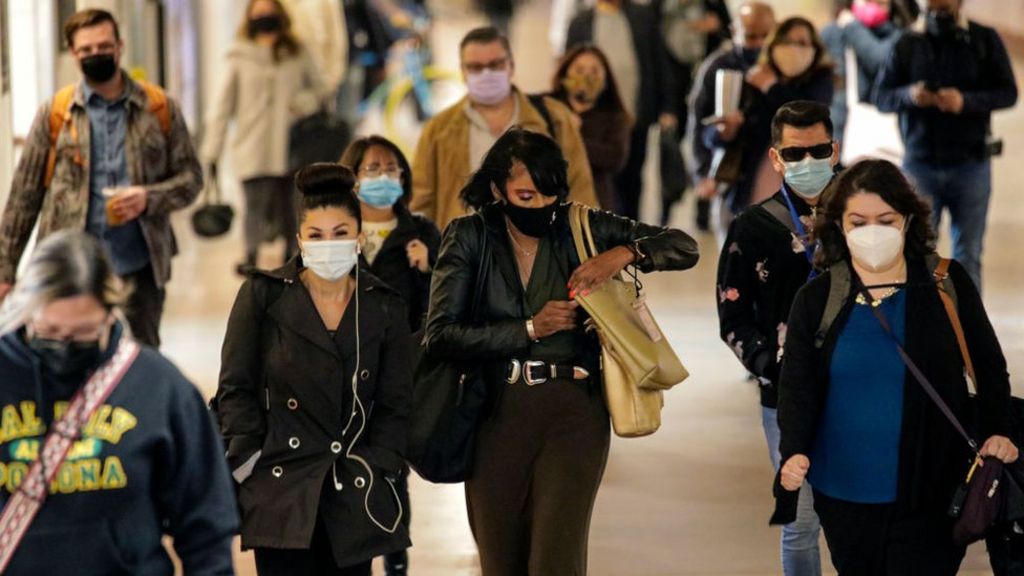 The Covid-19 pandemic has not only generated a year of economic dislocation but it is also set to prompt radical long-term changes to how we live and work.

In addition, the pandemic once again highlighted the risks humans take by permitting small parts of the food supply industry to keep live animals in appalling conditions in tiny cages.

Nobody knows for sure, but the top theory is still that Covid-19 was bred in a live animal section of a “wet market” in Wuhan in China.

And then this virus was circulated effortlessly by one of mankind’s supposedly greatest achievements: cheap and frequent global air travel.

One man who has warned for years about wild animal markets is Peter Knights of the campaign group, Wild Aid, who describes them as “a small corner from hell”.

Wild Aid has film from China showing tiny cages full of geese, cats, snakes and other animals stacked on top of each other.

“The sound is of various animals in distress. The conditions are disgusting,” says Mr Knights, adding”we’ve got to stop [the live trade in exotic species for food]… it makes no sense to allow it to continue”.

Scientists point out that the 1918 Spanish flu pandemic is thought to have begun with birds, HIV with apes and Ebola with bats.

“These animals [in wildlife markets] will be very stressed in the small cages they’re kept in, and that makes for ideal conditions for diseases to multiply,” he says

This focus on food supply chains is supported by Devi Sridhar, professor of global public health at Edinburgh University.

“All it took for this to take place was a single spillover event. At some point one of the million or so viruses circulating in the animal kingdom jumped to a human and was able to sustain human-to-human transmission,” she says.

Governments should be “looking at our animal practices, deforestation, how we raise animals in factories, if we are using antibiotics and what conditions they are kept in,” she argues.

Prof Sridhar also thinks there are lessons to be learnt from the way authorities in different countries tackled the pandemic.

Countries that took drastic measures to stop international travel have been most successful at limiting both the health and economic damage from the virus, she suggests.

In the middle of the year, western European countries actually encouraged people to travel on holiday in an effort to restart leisure businesses. “We are now paying for our summer holidays with winter lockdowns,” concludes Prof Sridhar.

By contrast, she says, African leaders knew their health systems couldn’t “treat their way through this” – so for instance Mali stopped all international travel before it even had its first case.

Most governments took drastic action to deliberately close down economies, to reduce social contact and so save lives.

There is a large divergence in the way statisticians in different places have recorded such turbulent times though, so all the numbers need to be treated with caution.

And the overall national figures for stock markets and economies have hidden massive divergences between industries.

For example, online platforms and local retailers have thrived as people abandoned long commutes to work and limited their visits to big supermarkets.

In the UK, fresh milk is seen as a necessity, so people who deliver to the doorstep were suddenly in high demand.

Paul Ward of McQueen Dairies in Cheshire in northwest England says: “We’ve never seen it this busy. It’s going crazy. It makes you feel proud to be a milkman.”

For those firms badly hit by the lack of “in person” meetings and conferences, resilience and adaptability were vital qualities needed to stay afloat.

Raja Daswani is a tailor making suits in Hong Kong who remains upbeat, despite a devastating year in which people working from home stayed in casualwear for weeks on end.

He says clients in Asia are already spending more on smart suits again. “After this virus has gone, people will want to do business in a very serious way. No more casualwear.”

Mr Daswani says customers use Facetime and Zoom calls to buy suits. “We have to find other ways of doing business. It is a good experience because we are modernising our company with new technology.

“If you don’t keep yourself ahead in life, you will fall backwards, so I encourage everyone to look forward,” he says.

Indeed, many experts think the world may have learnt lessons from the pandemic that will allow economies to become more efficient in the future.

UK economist Roger Bootle, who is chairman of Capital Economics, says: “I think there is scope for quite a bit of productivity increase as a result of what we’ve found out.

“We discovered it was actually possible for much of the office-based economy to carry on pretty successfully with hardly anybody ever going into the office.”

He argues that technology has been improving for many years to enable more homeworking to take place, “but there was a lag between what was technologically possible and what businesses felt they were able to do or wanted to do”.

Mr Bootle says: “It needed a shock, a jolt, so that everybody was in the same boat at the same time to make it clear how things could be done.”

People will probably return to working in the office part-time, he believes, but this will still mean there is less need for office space in city centres, while many service businesses will need to start up in smaller towns and villages.

This will be “a massive challenge”, he says, but he concludes that “the end result is going to end up with a saving of space and a saving of human effort and I think happier people”.

In the United States, most voters decided in November that having a businessman as president for the past four years had not proved to be a successful experiment.

Robert Reich, who is a professor at the University of California Berkeley and was labour secretary under President Clinton, is scathing about the performance of Mr Trump over the past four years.

“It was a disgrace. It was frightening,” he says.

Prof Reich blames Mr Trump’s failure to take seriously the threat of Covid-19 for the “devastating impact” on the economy in 2020.

However, Mr Trump’s record is strongly defended by Tomas Philipson of the University of Chicago, who was a chair of the Council of Economic Advisors under Mr Trump.

Mr Philipson insists that the $10bn spent by the administration on “Operation Warp Speed” to help the private sector to successfully create a vaccine for Covid-19 proves that policy on the pandemic was a success.

He also insists that more poorly paid Americans had bigger wage rises than the rich under Mr Trump, arguing, “We had inequality in income and wealth falling.”

Mr Philipson says this was down to an investment boom prompted by Trump tax cuts and concludes: “If you are a social justice warrior, you would be very happy just looking at the data.”

You can listen to Martin Webber’s
Business Review of 2020
on World Business Report, BBC World Service.