Job Creation Falls In December For First Time Since April, Hit By Leisure And Hospitality Losses 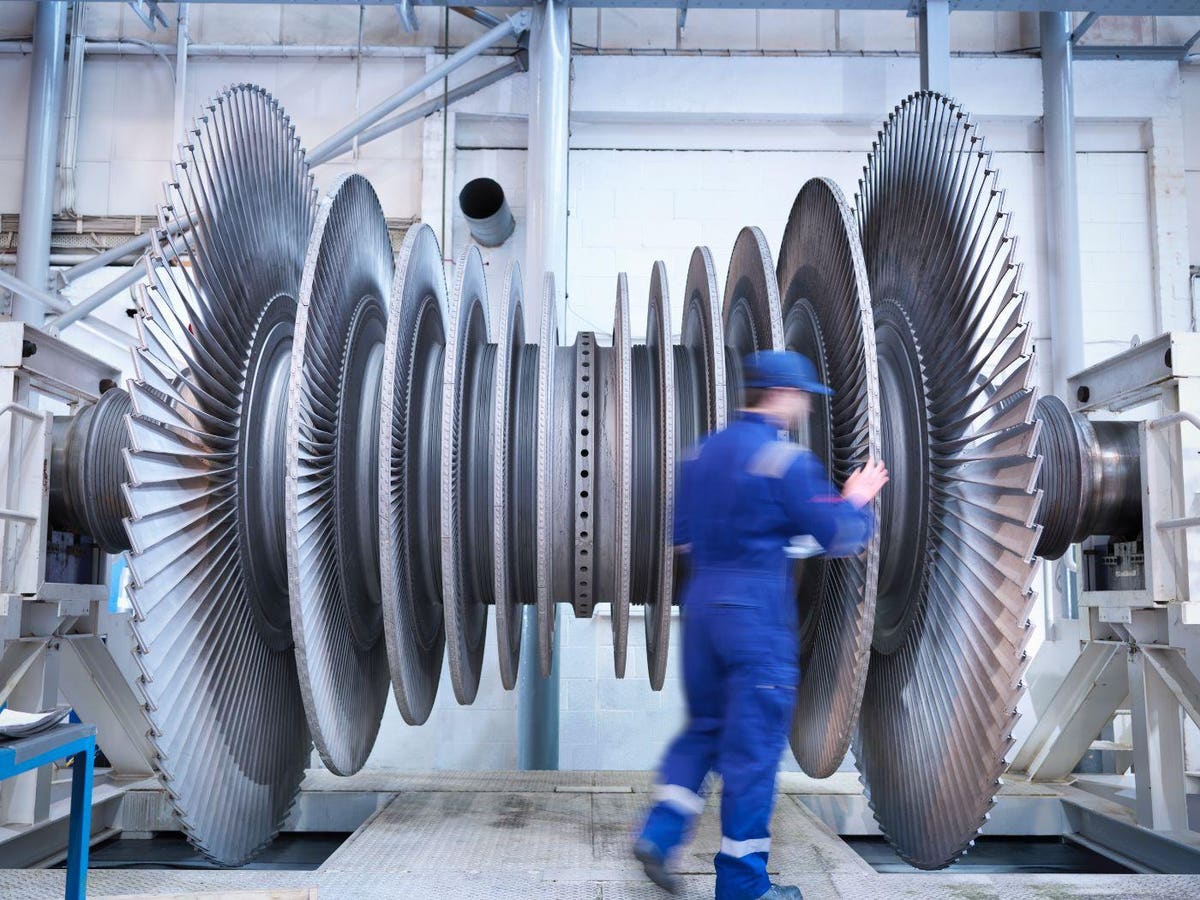 Jobs growth took a punch to the gut in December, another reason to say “good riddance” to the old year. For the first time since April, the economy experienced a net-loss of employment as new shutdowns hit restaurants, hotels, and other places people go for fun.

Employment fell by 140,000 in December, mainly reflecting a truly awful month for the leisure and hospitality industry. A new wave of shutdowns and virus cases that started in November and weighed on job creation then apparently continued to hurt in the final month of the year—especially for people working in restaurants, hotels, and other service-oriented places. It was also the sixth-straight month where job growth was lower than the month before, not a very uplifting pattern.

Stocks and bond yields had been moving higher in pre-market trading after yesterday’s record highs for major indices. We’ll see how much impact this data has on trading, with the markets paring their gains a bit after the data hit. Analysts had been expecting a weak report with job creation of around 100,000, but very few people were thinking anything this disappointing.

The reason stocks might not be reflecting the report too much, at least to this point, is that so much of the weakness was focused in that single industry. Other industries actually did add some jobs in December, as we’ll discuss below. While you can’t ignore the headline, the actual breakdown may not be as horrific as that top number seems.

Jobs Report: Let’s Break It Down

One positive is that the Labor Department did make upward revisions to October and November job growth, meaning employment growth in those months was a combined 135,000 more than previously thought. There’s always a chance December might not be as bad as it looks now, but no one will know for a while.

At the moment, all investors have is this particular report, and the numbers aren’t pretty for folks who make their living tending bar or manning a hotel desk. The hardest hit are leisure and hospitality workers, where job losses reached nearly 500,000 in December. It hardly needs to be said that you’re seeing restaurant, hotel, casino, and other service sector positions getting taken away by the shutdowns. Since February, employment in this part of the economy is down by 3.9 million, the Labor Department said.

There are some bright spots in the report where job growth actually happened. For instance, retail saw 121,000 new jobs, with a lot of those in warehouse clubs and supercenters. Construction and transportation added 51,000 and 47,000 jobs, respectively. Those are areas you like to see creating new positions as a possible sign of increased economic demand. The same with the manufacturing sector, which grew 38,000. Professional and business services was another bright spot.

The main takeaway could be that as bad as the headline number looks, it could quickly get better if the shutdowns end and vaccinations start to have an impact. Right now, that looks like it could be some time away, and the logistical issues with the vaccine so far don’t make things appear too rosy.

The overall theme lately is investors focusing on what they hope will be better times ahead once vaccinations bring things back to normal. If that continues to be the case, maybe this jobs report won’t have too much impact on the market. On the other hand, you can’t ignore some of the rough data here, as it reflects the continued struggle for many Americans. Also, on a more fundamental note, unemployed people don’t tend to spend much money, meaning there could be a trickle-down effect on other industries and retail spending. The December retail sales report is going to probably get a closer look than normal.

On the Cusp of Earnings

Next week is the formal start of earnings season, which could be a big catalyst that finally takes the focus off politics and Covid-19 at least for a while. While many analysts expect Q4 results to be weak, keep in mind that these estimates have typically undershot actual performance by quite a bit over the last few years. Watch for those estimates to possibly start creeping up as the earnings season advances.

Financials are in the vanguard when earnings begin, and they’re going in on a strong note. A bunch of the major Wall Street banks including JP Morgan (JPM), Bank of America
(BAC), and Goldman Sachs
(GS) posted big gains Thursday, with the sector getting an assist from some positive analyst notes. See below for more on trends to watch as Financial earnings begin.

Semiconductors also rode the rally yesterday with nice gains for Nvidia
(NVDA), Advanced Micro Devices (AMD
), and Micron (MU). That sector had been under pressure lately as investors appeared focused more on so-called “cyclical” areas like Financials and Energy. Though Tech lagged the market on Wednesday, it caught the wave Thursday with the Nasdaq
(COMP) posting the biggest gains among the top indices. Tech had a tough September and October, but there hasn’t been a prolonged downdraft lately. A “buy the dip” mentality might have helped Tech spring out to a big lead yesterday to finish on top of the sector scoreboard with a 2.7{540ccc4681f92a8237c705b0cdebbb9da373ec200da159e6cc1fd9f393be00be} gain.

Watch out, however, because earnings season forces all the prominent and high-flying Tech companies to put their money where their mouths are, so to speak. The Teslas (TSLA), NVDAs, and DocuSigns (DOCU) of the world will step up the plate soon to show investors their results. If there’s any kind of softness in the financial charts, these high flyers could get punished at least a bit. It’s hard to predict a really big change, however, because so much money keeps flocking to this sector.

The market basically floated above the chaos in Washington, D.C., this week, but it wasn’t completely untouched. For instance, shares of Twitter (TWTR) slumped sharply at times on Thursday as criticism mounted on the airwaves about the perceived role of social media in sharpening the political climate. Facebook (FB
), however, managed to gain but that was in the wake of saying it would bar President Trump from posting at least until his term ends a week from this coming Wednesday.

Though TWTR was the exception Thursday, let’s not forget the profit-taking that led to Monday’s selloff. Major indices are now well above where they were when that happened, and there was a lot of talk then about possible overbought conditions. If things do start selling off in another wave of profit taking, remember that the stocks which are up the most might be more vulnerable to people taking some money off the table if the going gets rough.

All this is a long way of saying now may not be the time to go “all-in.” If you didn’t do it over the holiday season, this weekend might be a good time to check your portfolio and make sure it’s weighted at a level where you’re comfortable. Some of the recent sharp gains might have investors more exposed to certain sectors and stocks than they’d planned to be.

No Bank Holiday: Next week marks the traditional start of earnings as several of the biggest U.S. banks prepare to report, including JP Morgan (JPM), Citigroup
(C) and Wells Fargo
(WFC). All of those are expected to hit the newswires next Friday morning, and we’ll be providing more insight next week ahead of that. Right now, the banks have a little more momentum heading into earnings season than they’ve had over the last year, and not just from a market performance perspective (though that’s been better lately, too). Wall Street analysts have been raising their estimates for Financial sector earnings results over the last few months, a sign that they see improvement in the industry’s fundamentals.

First of all, Q4 was probably a great quarter for banks with trading businesses thanks to the heavy market volume seen through most of that period. Second, while Treasury yields are nothing to write home about, they did move up to around 0.9{540ccc4681f92a8237c705b0cdebbb9da373ec200da159e6cc1fd9f393be00be} for the 10-year by the end of Q4, way better than in Q2 and Q3 when rates often dipped below 0.7{540ccc4681f92a8237c705b0cdebbb9da373ec200da159e6cc1fd9f393be00be}. The initial public offerings (IPO) volume was also high in Q4, which could help some investment banks. Generally, there were fewer headwinds for big banks in Q4, so earnings season gives us a chance to see if any of that advantage ended up on bottom lines.

Inflation Read Could Put Fed Back in Focus: December’s consumer price index (CPI) is on the calendar for next Wednesday. This and other inflation data could get closer scrutiny in coming weeks after recent remarks by Atlanta Fed President Raphael Bostic, who told Reuters, “I am hopeful that in fairly short order we can start to recalibrate,” the $120 billion in U.S. Treasury and mortgage-backed securities that the U.S. central bank is buying each month.

The Fed said last month that it would keep those purchases in place “until substantial further progress has been made” in restoring the economy to full employment and lifting inflation towards the central bank’s 2{540ccc4681f92a8237c705b0cdebbb9da373ec200da159e6cc1fd9f393be00be} goal. However, with Bostic’s comments in mind, any uptick in inflation at this point could make investors nervous about the Fed maybe starting to “think about thinking about” (to paraphrase something Fed Chairman Jerome Powell said last year) unwinding some of its current monetary support.

One thing to maybe keep in mind if you’re a small-cap investor is that the RUT is also heavily exposed to the Health Care
sector. Historically, Health Care often comes under pressure during periods of Democratic congressional and White House control due to concerns about regulatory and pricing issues. Financials also could be exposed to more regulation in the new Washington that’s taking shape. This hasn’t hurt the RUT at all so far since the November election, but can’t be ruled out.