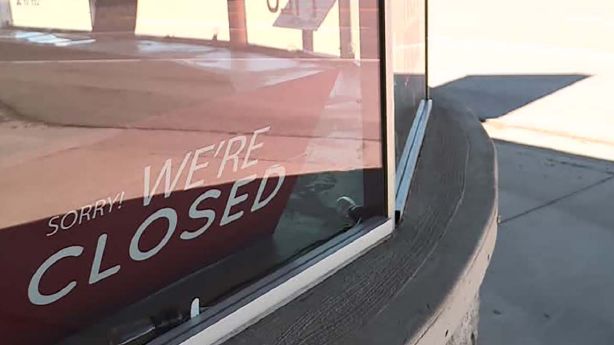 Editor’s note: This is the first in a series of articles looking into the state of tourism in Utah following COVID-19.

SALT LAKE CITY — Jennifer Leaver recalls in early March mentioning some strange virus starting to create national concerns about the time she gave a glowing recap regarding the state of Utah’s tourism industry at the Utah Legislature’s annual “Tourism Day.”

Sure enough, that virus reached Utah in full within days. This time around, Leaver, a research analyst for the University of Utah’s Kem C. Gardner Policy Institute, found herself delivering a much different report in a completely different setting to the leaders of the state, region and local tourism.

The leaders of the tourism industry met virtually Wednesday instead of gathering at the Utah Capitol to talk about how COVID-19 flipped the industry upside down. In a meeting that spanned just over an hour, they also discussed the successes they found throughout the mess.

Leaver authors the Gardner Policy Institute’s annual tourism industry reports. The 2019 report, which was released in September, found tourism brought Utah over $10 billion to the state in 2019. It was the first time the industry ever reached that figure.

However, since 2019, COVID-19 has ravaged the state’s tourism economy. It became one of the state’s hardest-hit economic sectors. Jobs took a tumble as air travel, car rental, hotel stays, national parks visits, and many other seemingly untouchable portions of the growing tourism industry suffered massive drop-offs in just one year alone. The institute released a new preliminary report Wednesday that paints a different picture.

While put in a tough spot, industry experts said there are glimmers of hope that the tourism economy will recover — although that’s not likely to be happen overnight.

The Gardner Policy Institute’s 2019 report offered a small glimpse of COVID-19 impact right away. For example, Utah was destined for its greatest ski tourism season on record during the 2019-2020 snow year until the resorts closed early. Summit County, where some of the state’s premier resorts are located, was the state’s first coronavirus hotspot.

Since then, tourism experts have provided periodic updates on the situation; however, Wednesday’s meeting provided perhaps the most comprehensive look at COVID-19’s impact on Utah’s tourism sector throughout 2020. The Gardner Policy Institute released a “Tourism Trifold” that laid out a few 2020 tourism economy estimates.

Vicki Varela, director of the Utah Office of Tourism, presented a deeper dive into some of the statistics mentioned in the report Wednesday. Citing the Bureau of Labor Statistics, she said jobs in the leisure and hospitality industry fell 13.5{540ccc4681f92a8237c705b0cdebbb9da373ec200da159e6cc1fd9f393be00be} in 2020 from 2019 levels. The Gardner Policy Institute report indicated it was the largest decline among any of the major economic sectors in the state.

There are mixed results when it comes to park visitations in the state. Utah’s state parks broke essentially every visitation record it has ever reported. Utah State Parks data show state parks received over 10 million visits in 2020 — a 33{540ccc4681f92a8237c705b0cdebbb9da373ec200da159e6cc1fd9f393be00be} spike from 2019. It’s also the first time Utah’s 44 state parks have received that many visits.

Most of the lag occurred during the typically bustling spring and summer months after all of the parks were closed and then slowly reopened. National parks began to experience a rise in the fall season.

What did that percentage mean in terms of money? The new Gardner Policy Institute report compiled estimates of five tourism-related sales tax revenues: taxes from statewide car rental, resort communities, transient room, zoos/arts/parks, and tourism/recreation/cultural/convention. It estimated sales tax from those five sources generated $190.9 million in 2020. If true, that would be a $60 million decline from the revenue those same five sources provided the state in 2019.

Using Utah Tax Commission data, Leaver said taxable accommodations sales in Utah — something the Gardner Policy Institute ties to room charges and other lodging-related purchases — were forecast to be about $1.63 billion in 2020. That would be a significant drop-off from $2.22 billion the year before. In fact, that figure would be the lowest the state has seen since 2014.

In short, tourism experts still believe it’s going to be a while until the industry returns to the thriving sector it was before COVID-19. In an interview with KSL.com last month, Varela said all projections indicate that tourism likely won’t return to the $10 billion-type industry it was pre-coronavirus until 2024 or 2025 at the earliest.

“The good news is that our elected officials are willing to invest. They really believe in our tourism economy,” she said at that time. “Even though the situation is devastating, we’re doing a little better than other Western states — and quite a bit better than the nation.”

The tourism industry has received some lifelines and does appear close to receiving more help to get back on track. The Business, Economic Development, and Labor Base Budget appropriations bill, HB4, would provide the industry $22.8 million in funding for tourism marketing performance if it passes untouched Thursday.

Des Barker, a legislative strategist for the Utah Tourism Industry Association, warned Wednesday that it’s a money total that could easily change during the second half of the current legislative session. The state Legislature is expected to receive an update to revenue estimates in the coming days, and those revenue figures could lead to cuts or additions to all sorts of proposed funding projects. That includes money toward tourism.

“In some years we’ve seen additional dollars added, and in some years — for oftentimes economic factors — we’ve seen some reductions toward the end of a legislative season,” he said.

Gov. Spencer Cox’s budget plan released last month called for grants to be made available to businesses in industries hit hardest by the economic impact of COVID-19. Barker said some tourism-related businesses could receive funding that way if it’s passed. On top of that, there are a couple of bills centered around transient room taxes in discussion.

The industry did already receive some help from government entities. Last year, the state Legislature directed $12 million of CARES Act money toward the Utah Office of Tourism so it could continue to market tourism.

The good news is that our elected officials are willing to invest. They really believe in our tourism economy.

–Vicki Varela, director of the Utah Office of Tourism

State Tourism also received a $1 million grant from the U.S. Economic Development Administration, which Varela said will go into funding “responsible visitation” advertising. She added it was the largest federal grant the office has received.

Some in the tourism industry staged “virtual visits” that allow people outside of Utah to view videos of the state without risking travel now with the goal that it might inspire them to visit when they are ready.

That’s also yielded some promising results. Varela said there was also a case study on the strategy that found increases in profitability.

“The longer stays helped them because there’s less work that has to be done to support the visitor — and, of course, the visitors are going out and hiring guides and outfitters and going to more restaurants,” she said, “getting off the beaten path and so forth.”

On top of trying to recover the tourism industry, there is a push for outdoor infrastructure improvements. Cox’s 2022 fiscal year budget proposal sought $125 million for future open space, trails and parks.

Most of the money — estimated at $100 million — would be for trails and other outdoor recreation amenities throughout the state. Again, that’s a figure to be determined by the end of the legislative session.

These projects and pieces of legislation, industry experts said, would all help to improve Utah’s tourism experience ahead of the time that the state returns to late-2010s levels of tourism. For now, they remain optimistic that day will come.

National Parks Service data is one reason to believe a complete rebound is on the horizon. In a statement last month, Kevin Lewis, director of the Greater Zion Convention & Tourism Office, said the state’s southwestern region — which thrives on national parks — experienced “momentum” late in 2020 and expected to ride that into 2021.

“We know we are well-suited in this region as people are seeking wide-open spaces and an abundance of outdoor pursuits during this time,” Lewis’s statement reads, in part.

Those trends seem to signal that tourism interest in Utah remains high even after COVID-19.