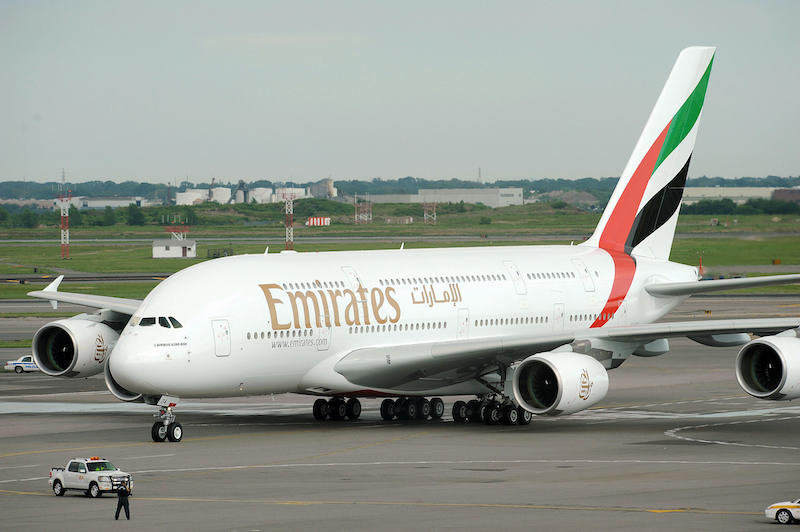 Following the decision of Emirates Airlines not to lift passengers from Nigeria due to the absence of the infrastructure to conduct its independent COVID-19 test, Nigeria and the airlines have continued to lose revenues, THISDAY’s investigation has revealed.

But it was gathered the Presidential Task Force on COVID-19 (PTF) will provide the infrastructure for Emirates Airlines to conduct Rapid Antigens Test (RDT) on its outbound passengers from Nigeria in readiness for the resumption of flights by the Dubai-based carrier from March 10, 2021.

THISDAY learnt from sources that PTF has been meeting with the Lagos State government to approve the consortium that will conduct the test at the Lagos airport, while also working to provide similar facilities at Abuja airport.

This is coming just as Nigerian travellers, tour operators and travel agents said they had recorded huge losses because of the suspension of the flights, as Emirates, flies empty planes out of Nigeria after conducting inbound flight to its two destinations to Abuja and Lagos.

THISDAY also learnt that Emirates has recorded an average loss of about N1.24 billion throughout the 25 days it suspended outbound flights from Nigeria in February.

Since February 4, the airline has stopped airlifting Nigerians to Dubai from Abuja and Lagos airports over the refusal by the PTF to allow it conduct the rapid test, which the airline made compulsory for its passengers four hours before they board their flights.

The PTF had stopped the test on the grounds that it did not have the infrastructure for the administration of such tests, while Emirates said United Arab Emirates (UAE) authorities would not allow passengers into Dubai without the tests.

Emirates first announced that it would review its protocols and consider lifting the suspension on its outbound flights from February 28, 2021, but later extended it to March 10, hoping that PTF would provide the facilities for the tests.

But the Regional Terminal Manager, South-west, in charge of the Murtala Muhammed International Airport, Lagos, Mrs. Victoria Shin-Aba, confirmed to THISDAY that the PTF was working on resolving the rift by meeting the UAE protocol of administering the RDT on outbound passengers.

She stated that it was the same problem with KLM, which has also stopped flying to Nigeria.

Spokesman of the Nigerian Civil Aviation Authority (NCAA), Mr. Sam Adurogboye, also told THISDAY that there was hope that Emirates would resume outbound flights from Nigeria after reviewing its protocol on March 10.

He said no foreign carrier with a high load factor like Emirates and other major international carriers could suspend flights out of the country for a long time.

“There is hope. Efforts are being made to resolve the issue. These airlines cannot afford to stop operating from Nigeria for a long time but because Nigerians are involved, the federal government will do everything possible to resolve the problem,” Adurogboye said.

Other sources added that due to the COVID-19 pandemic, rich Nigerians who book first class have not started travelling.

Out of Emirates’ 12 first-class cabin seats in its Boeing 777, only an average of four seats are booked every day due to COVID-19 and each seat costs about N4.9 million.
This means that Emirates has been losing N19, 600,000 daily since February 4, 2021, when they stopped outbound flight.

Industry consultant and CEO of Aglow Aviation Support Services Limited, Mr. Tayo Ojuri, said many Nigerian suppliers and service providers who serve Emirates flights were losing huge revenue because of the suspension of outbound flights from Lagos and Abuja.

He listed those affected to include caterers, security screening operatives and ground handling company that has contract with the airline and others.

Ojuri said because UAE banned passengers with Nigerian passports from coming to Dubai from other destinations, unless there is evidence they had stayed 14 days away from Nigeria, it was difficult to travel to Dubai.

“There are no opportunities for business or for leisure travel between Nigeria and UAE and connectivity is also affected because you cannot travel to Dubai and connect to other destinations like it used to be done in the past.

“This is also affecting passenger traffic because according to the International Air Transport Association (IATA), the highest traffic movement late last year was between UAE and London, so Dubai is a major global hub. Emirates decided to lose revenue instead of risking the health of its citizens,” he stated.

Also the organiser of Akwaaba African Travel Market and travel expert, Ikechi Uko, said the suspension of Emirates flights from Nigeria to Dubai was affecting tour operators and travel agencies “because nobody is selling Dubai as a destination anymore. This is a big blow to travel agents. They are now selling Zanzibar and Mauritius. Dubai is easy to sell because it is a successful route and it does not have hindrances with visa. So the agents are making huge losses.”

However, former CEO of Aero Contractors, Captain Ado Sanusi, told THISDAY that Nigerians that have residence permit could connect Dubai through another country after going through the RDT test but those with visa would have to stay out of Nigeria for 14 days before they could be allowed to travel to Dubai after going through the mandatory rapid test.

He said Emirates must have been recording huge losses for flying out of Nigeria empty because profitable flight operations mean that “you airlifted passengers to and from your destination.”

“No airline would like to make profits on one side and cannot make on the other side. The airline must be recording losses, as it flies empty plane out of Nigeria,” Sanusi added.